Your Gateway To A Beautiful Nose

Your Gateway To A Beautiful Nose

Dr Rajat Gupta2020-12-04T12:00:50+00:00
By Dr Rajat Gupta Rhinoplasty Comments Off on Your Gateway To A Beautiful Nose
In a world obsessed with external beauty, one is often left envying those who are naturally gifted with striking features. We have always been told that good looks are a gift by nature, and man has no control over her/his looks; makeup being the only help we can use.
And of everything that matters to us when it comes to good looks, the shape and size of the nose plays a very significant role in defining the overall appearance of the face. But no amount of cosmetics can ever change its basic structure. A fat or crooked nose will remain as it is, subjecting you to a lifetime of hating your nose and hence your appearance, whenever you look into the mirror.
The only solution comes in the form of surgery; i.e. correction of the shape using a surgical technique; however to a common man that seems very far-stretched and something that is best left alone to the likes of actors, models and socialites. But this is where she/he stands wrong.
Yes, rhinoplasty or a ‘nose job’ as it is more commonly known, is an option even for you. It is a fairly regular procedure, which is well within your reach.
Since nose forms the centrepiece, it is very important for the overall aesthetic appeal of your face. Your sharp features may be ruined because of a broad or blunt nose; a round, bulbous nose, might make your face look fat; or a tilted (deviated) nose might lead to difficulty in breathing. Similarly a thick, broad, bulbous or drooping tip might not be of your liking too. Rhinoplasty rectifies all these shortcomings and gives you a whole new altered and desirable look.
Rhinoplasty is of two types: Closed, which involves a cut inside the nostril for smaller changes and Open, which involves two incisions, one on the inside and the other on the base of the nose for major changes to the shape and size of the nose. 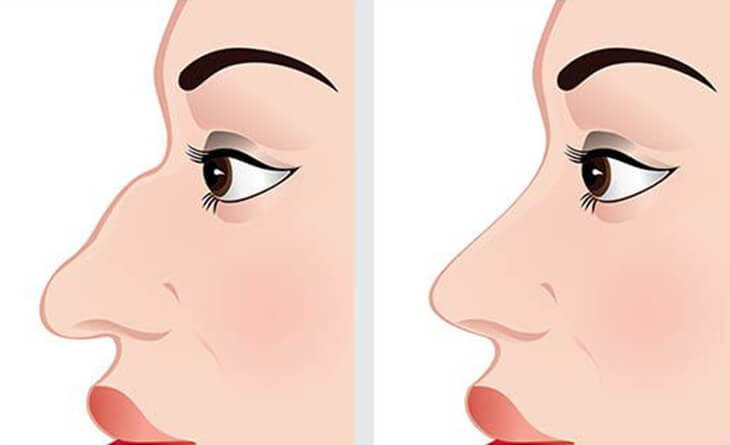 Both ENT specialists as well as plastic surgeons perform this surgery. The former are usually consulted when you have a breathing problem, whereas the latter have an edge over them in terms of their sense of aesthetics. In simpler words, if you want a beautiful nose, plastic surgeons are your go-to men!
Rhinoplasty can also be combined with other facial beautification surgeries in order to suit your requirements. This surgery is performed under general anaesthesia and stretches between 45 min to 2 hours depending on the extent of correction desired. The nose is taped for a week post surgery, and the results are visible after that. Mild discomfort experienced after the surgery for a few days is taken care of by administration of paracetamol or diclophenac. You can go back home after the surgery on the same day or the next depending on your case.  There is a minor swelling of the nose for a couple of months after the surgery, which subsides gradually, enhancing your looks by each passing day.
In some cases the surgeon tapes the nostrils in such a manner that they are blocked, making breathing through the nose impossible. As a result, the patient has to breathe through the mouth for a day. Very few plastic surgeons follow the required technique to avoid this step so that the patient is more comfortable and breathing is not hampered, our team being one of them.
So don’t let your apprehensions stop you from getting the look you so deeply wanted. Visit our website or contact us on +91 9251711711 to book an appointment.; 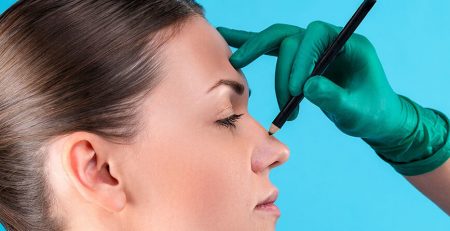 Nose Job or Rhinoplasty Made Easier to Understand!

When you look at yourself in the mirror, one of the... read more

Join me for an Instagram Live session with Mr. Him

Subtle changes can make a big impact! This beautif

While most people think that the most significant

#Facelift, medically known as #rhytidectomy, is a

Join me for an Instagram Live session with Monika