This procedure removes all the excess fat and skin, giving you a completely flat and toned abdomen. This is highly desirable for women who have gained pregnancy weight or other kinds. The incision is big, but it stays well-hidden below the bikini line. In this procedure, the divarication of recti muscles is also corrected, and the pubic area is tightened.

The patient may also be given a new belly button depending on the amount of skin pulled down from the upper abdomen.

In this procedure, the area below the belly button is the focus. The incision is considerably smaller, and the amount of fat and skin removed is much less. It does not address the divarication of recti. 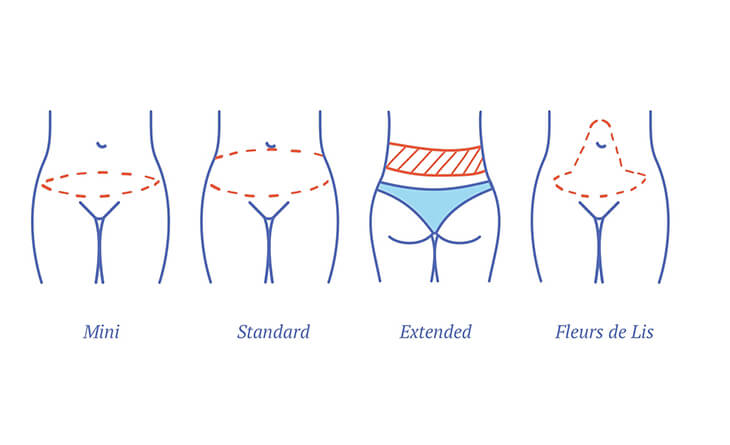 Suction-assisted liposuction (SAL), the most traditional form of liposuction, draws fat out with a vacuum. This procedure involves the removal of unwanted fatty deposits from specific body parts.

Power-assisted liposuction (PAL) is traditional SAL, but with the use of an addition to increase the motion of the cannula that speeds up fat removal.

MicroAire is a power-assisted liposuction (PAL) technique which was devised to reduce the physical challenges posed by traditional liposuction. The surgical instrument used for MicroAire are fitted with a power-assisted cannula that produces an extremely gentle back and forth movement which helps it to pass through the toughened fibrous tissues of fat with ease, whilst offering a great precision and making the surgeon’s job remarkably easy. The tissues are not damaged or torn apart, which means that the fat that is removed can be used for autologus grafting of other areas, if the need be. This power-assisted liposuction technique being used at Skinnovation Clinics for the first ever time in Delhi is more viable to cells than other heat-based liposuction methods that usually destroy the fat cells and leave them of no use later.

Hi-Definition Liposuction is an extremely successful technique when it comes to targeting small areas of stubborn fat. It works by selectively removing fat from small areas surrounding specific muscle groups. Thus, the muscles in question become more visible while defining the natural muscle contour. This technique is focused on precision and it removes superficial and deep fat deposits to enhance the underlying musculature. It is quite successful for people looking for defined, muscular and athletic abs. Vaser Hi-Definition is the ultimate answer to people who work-out regularly but are unable to achieve the washboard abs look. It equally works good for people who are tired of carrying a heavy abdomen.

Dr. Rajat Gupta is one of the first batches of doctors from India to travel abroad and get hands training on Hi-Definition Vaser Liposuction.

VASER: This procedure involves the use of ultrasound technology in making fat in the body to be soft paving way for the removal of the superficial fat. VASER or Vibration Amplification of Sound Energy and Resonance is again a highly sophisticated and most modern technique used for the first time at RG Aesthetics for performing painless and minimal invasive liposuction. Vaser is performed by using a device that gives out sound waves of very high frequency that help in loosening or liquefying the stubborn fat deposits in small areas. This sound waves producing device which is 3mm in size is inserted trough small incisions which are made after administering local or general anaesthesia. The high-energy ultrasonic (sound) waves that are produced from the device vibrates the fat cells making them considerably loose as they start to melt. After the melting takes place, the sound device is removed and a cannula is inserted for the vacuum suction of fat out of that small area.

LASER assisted helps by disruption of fat cells by laser.

RG Aesthetics is the first centre in Delhi to combine MicroAire or Vaser liposuction techniques. Both techniques work perfectly well for areas like belly, arms, leg, waist, neck, knees, buttocks, thighs, side handles, ankles, calves and male breasts. But, one must remember that more often than not, liposuction makes a part of more than one procedure to bring the body to desired shape and contour. The elasticity of the skin is one of the factors that works in the favour of liposuction.

What is SAFE Liposuction?

SAFE Liposuction as the name goes, is highly safe and reliable technique, which is particularly effective for people looking for absolute body contouring. Skinnovation Clinics is offering SAFE Liposuction in Delhi under the expert hand of Dr. Rajat Gupta. SAFE Liposuction is process of separation, aspiration and fat equalization, which is catching up fast and is changing the way plastic and cosmetic surgeons looked at body contouring. It is a non-thermal, comprehensive, multi-faceted body contouring process that incorporates contour augmentation, redistribution of fat and reduction of fat into a single procedure. Developed by world-renowned plastic surgeon Dr. Simeon Wall Jr., SAFE Liposuction is only available to a few plastic surgeons world-wide and Dr. Gupta happens to be one of those few and perhaps the only one in India. It is a magical way how fat deposits can be treated to give the body an entirely new, sculpted look. 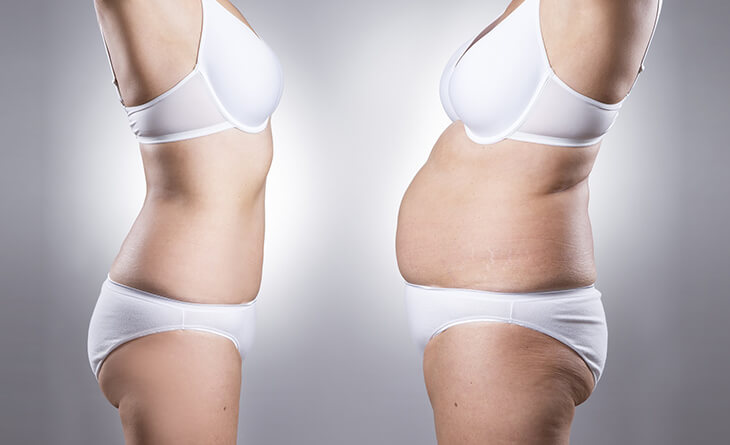 Gynecomastia is an increase in the amount of breas

It is very humbling to hear such words of apprecia

Whether due to age or gravity, a woman’s breasts

Another pic sent by our beautiful patient. Now whe